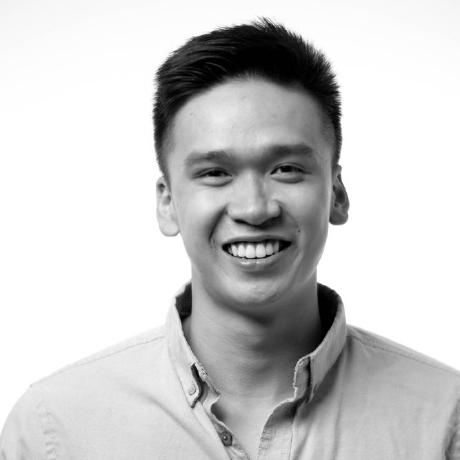 Running was never something I considered my thing, but it’s always been something I’ve done for a reason.

Middle school: never did organized sports but cross country had a low enough barrier of entry. And after school sports accommodated a better pick up time for the fam.

High school: needed to fill out that resume and made some really great friends along the way. We spent a ton of time together running cross country, indoor track, and outdoor track. We were a bunch of lanky guys goofing off that happened to have moderate success on the track.

College: took a hiatus, got tired of being a twig, did resistance training instead.

Post-collegiate: I continued hitting the weights for all the years after school but the pandemic happened in 2019. I finally was able to cancel my New York Sports Club and dusted off the old running shoes. I was pretty careless with my training (too much volume, too soon), and injuries derailed any consistency.

So late 2021, I decided that I wanted to run the 2023 NYC marathon by qualifying for 9+1 in 2022. As I ticked off the races throughout the year, I came to regain enjoyment for not only the grind but also competing. The early morning nervous energy, the warm up songs, the pre-race strides. Unlike in years past where I was competing for place or for points, now I can solely focus on beating my own goals. I didn’t want to declare any BQ (Boston Qualifying) ambitions until I had some evidence that I was physically capable of it.

I set breaking 1:30 in the half marathon as my first proof point. BQ times in the 18-34 age bracket are at least 3 hours for a full marathon. I needed to be able to run at least the half marathon split time. My first attempt was at the NYRR Brooklyn Half Marathon, and my effort fizzled on what was a tragically humid and sweltering day. I finished with a 1:33:54 (7:10 split). It’s easy for me to blame the heat, but I actually think I might’ve been close or short on the goal.

I put down another solid training block through the summer interspersed with some incredible destination runs (the Tiber River in Rome, the Arno River in Florence, the walls of Lucca). I peaked at roughly 50 miles per week mixed with doing 2 quality runs per week (intervals and tempo runs) along with a weekend long run (16 miles peak). It was hot and humid during most of my training, and so it was difficult for me to gauge my workouts on time so I trusted the heart rate monitor. My last hard workout before taper was a 45 minute tempo at roughly 6:35 pace. I felt a bit better after this but my split times on workouts were wildly erratic. I was nervous headed to race day not knowing my fitness level.

Race day came around on a perfect October Sunday, roughly 50 degrees at race time with a light breeze. We had a nice ride on the Staten Island Ferry, and I stepped foot on SI for the first time in my 8 years of living in New York. I knew the course had two major hill sections roughly at miles 4 and 8. People warned of the mile 8 hill as making or breaking their race. There was also a punishing uphill section with about 800 meters before the finish line.

My race strategy was to start a bit behind the 1:30 pacers and keep them in striking distance for most of the race. Starting behind and then eventually catching or passing the pacers would almost certainly guarantee a 1:30 finish. The strategy worked this time, and I completed the race in 1:28:37 (6:46 split). I will admit the strategy was shaky early in the race where it felt like I was not making up any distance. I typically run better with rabbits to chase, but it was important to not make up the stagger too soon. I’m really proud of my pacing through 10 miles — I really ran within myself, well controlled efforts, and not responding to being passed. Heart rate was in target and breathing felt good. The race was mostly quiet because most extended segments were not fan friendly. There were highway underpasses, parking lot loops, and industrial centers.

With about 5k left, I dropped the hammer and drained whatever I had left in the tank. Unfortunately, this only got me to 12 miles. The last mile, uphill, was hellish and I definitely paid for it. I cross the line and looked at my watch. I saw 1:2x:xx and was just thrilled with the effort. Mission accomplished.

With a sub 1:30 in my pocket, I feel a little bit more comfortable committing to BQ-ing. There’s a ton of of work left to do and progress to be made, but I’m looking forward to grinding the axe. The NYC marathon is in November 2023 but am hoping to take a swing at BQ-ing on a flatter course before this. I’ll continue to ponder my training and racing plan but continuing to cross my fingers for healthy running.